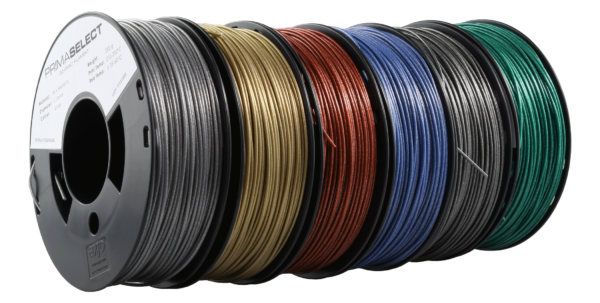 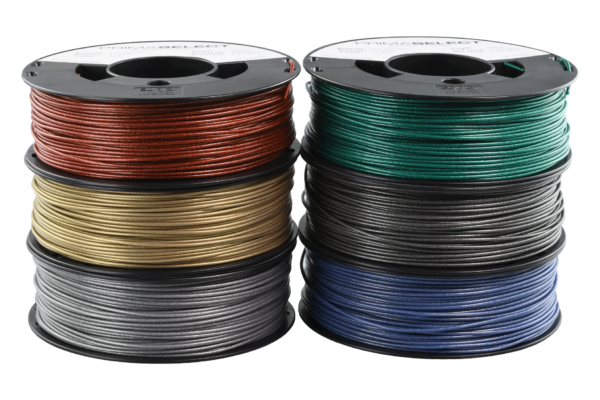 Prima SELECT PLA Metallic has a beautiful metallic effect that really sets this filament apart from others.

PLA is one of the most common used 3d-print materials in the world, it’s non-toxic and has a no unpleasant smell when you print with it. Because of its thermal characteristics it’s easy to get great prints. Metallic filament from Prima Creator comes on a black spool and there’s 6 different colors in the box. Polylactic acid (PLA) is a bio-degradable polymer that is produced from lactic acid, which can be fermented from crops such as corn.

With our PrimaSELECT PLA Metallic we have succeeded in making a PLA that should suit most of your needs. PrimaSELECT PLA Metallic a modified PLA and is much stronger than regular PLA, this is due to the impact modifier that has been added together with the PLA. In this filament we have also added a “sparkle effect” that makes the print “pop” and glitter.

Due to the very low shrinkage and the fact that you don’t need a heated bed (but we recommended it for best performance) PrimaSELECT PLA Metallic works best when using a heated build plate, we recommend that you use a temperature setting of 40-60°C together with some kind of adhesive product, for example PrimaFIX